As you may, or may not, know, apart from our penchant for comma-ridden run-on sentences, Lemmy&Binky, indie babblers extraordinaire(s), are literally brilliant at pulling women. No, seriously. We may be pasty-faced computer geeks that have spoken more words to Nintendogs than real women, but we know our stuff, and that is a fact.

Anyway, after clambering for another subject to do one of our ever-useful "Lemmy&Binky guides" we decided we would share our "gift" with all the other indie geeks out there, and in the process destroy the entire indie game development industry by getting all the developers girlfriends.

This guide is, of course, flagrantly disregarding the fact that some indie developers are apparently women, but come on! That must be some kind of Garage Games spawned propaganda to get poor nerds to buy Torque on the grounds that it might get them laid, and we ain't buying it! Sorry Garage Games!

We also saw this as an opportunity to show that we understand women, and dispel some of the vicious myths that we think all women who don't look like Mia should be put in "camps" of some description.

So let the guidage begin!

You aren't going to attract the womens if you think you're a bit rubbish and that. Here are some tips on becoming more confident when listening to women prattle on about whatever it is they like to prattle on about.

Be the Alpha Male

What is the "Alpha Male", you ask? Well, you know when you see those nature programmes and that lion goes around the place eating gazelles and things? Well it's got something do with them. Lions, that is.

Here are some tips to becoming the "Alpha Male".

Above all, remember one thing: "Arrogance" is just a word invented by rubbish people who are jealous of you.

There is what is known in the pickup-artist circles as the Russell Crowe Technique, which can help tremendously if you're one of those types who lack in confidence. The routine is simple: Each day spend just ten minutes convincing yourself that you're Russell Crowe. To do this, you can repeat the mantra "G'day mate, I am Russell Crowe" repeatedly to yourself, start random fights with people on the tube, or 'remember' how funny it was when that guy who plays Harold Bishop pooed himself on the set of Neighbours.

After a few weeks of this, you will literally become Russell Crowe. As well as having a lucrative career in the movie business, you will become an all together more confident person.

Offence is just a fence. Climb over it!

Wow! We've literally just amazed ourselves with that incredibly poignant and cleverly writ section header. Fuck knows what in crickey it means, but we're almost definite it can increase your pulling power by at least 21.45%! Use it responsibly! Like Spiderman!

Women want a man who understands them

Women aren't looking for some guy who doesn't realise them as a person with aspirations and skills, and a person with potential to do whatever they put their minds to. You need to be ready to show that you understand them, to complement them on not just their nice boobies and pretty smile, but also on the things that other sexist blokes would never consider complementing them on, like what they are good at and are passionate about. To show them respect for their own unique accomplishments and merits that go beyond physical appearance.

A good way to do this is to try and drop into the conversation, as early as possible, that you sincerely respect how much better at ironing they likely are than you. Also that you bet they get the really clever jokes on "Have I Got News For You". Even the ones about politics and stuff!

Also take the time to find out what else they are passionate about. What soaps do they like, exactly? And who do they think is going to win Fame Academy this time?

You aren't going to get anywhere if you're wearing clothes made of paper, or have only shaved around your face and left a little bush of hair under your nose, or something equally silly. Also if you shout a lot, or talk too quiet, you're going to come across in a way that makes them not want to sleep with you.

Actually, scratch that last bit. Shouting will probably work, as long as you *really* shout, like you're the best shouter in the world or something. They'd dig that kinda shit, surely?

So you want to dress in a way that women find "fashionable". This means going into a clothes shop and, instead of picking clothing that you think "I could wear that!" as you normally would, instead choose clothes that you personally think would make you look stupid and wouldn't suit you. There is a 93.4% chance that these are "fashionable".

Regarding your voice, the best way to sound attractive to a woman is to put on a British accent. If you are British anyway, and are in Britain at the time, then obviously this isn't going to work. In this case, try putting on an accent like Dr. Bashir off Deep Space Nine instead. That'll do the trick!

It is a little known fact that full-on man sweat is the most attractive fragrance to women.

Some noble nerds in the fragrance industry originally invented deodorant to combat the superior man-sweat in big, burly football watching blokey blokes, to try and readdress the balance of power somewhat in the favour of the geek community.

Unfortunately, somewhere along the way this vital information was lost, and the poor geeks have started using this fantastically potent anti-sex weapon on themselves, buying into the propaganda campaign that it is going to help them in their battle to get their end away! Oh the irony!

Remember: Sweat soiled under-arms are like the fans of a peacock. Flap them about wildly, and women be yours!

Pulling women is easy. If you are ever in doubt, just do the exact opposite to what logic would suggest, and you are probably on the right path.

In the wise words of Dave Lister, women are not some alien species that need to be conquered with trickery, they're just people.

And once you realise this fact, then you'll always have the edge in convincing them they want to sleep with you, even when they actually don't!

Oh, be still my beating heart! *faints from just imagining the smoldering manliness of Lemmy and Binky*

Yes,its so terribly difficult to ever get quality time speaking to either of them; the throngs of adoring women are a constant distraction. =/

Hi !.
might , perhaps very interested to know how one can make real money .
There is no need to invest much at first. You may begin to get income with as small sum of money as 20-100 dollars.

AimTrust is what you haven`t ever dreamt of such a chance to become rich
AimTrust represents an offshore structure with advanced asset management technologies in production and delivery of pipes for oil and gas.

Its head office is in Panama with offices everywhere: In USA, Canada, Cyprus.
Do you want to become a happy investor?
That`s your choice That`s what you really need!

I`m happy and lucky, I started to get real money with the help of this company,
and I invite you to do the same. It`s all about how to choose a proper companion utilizes your funds in a right way - that`s AimTrust!.
I make 2G daily, and what I started with was a funny sum of 500 bucks!
It`s easy to start , just click this link http://sidasilic.the-best-free-web-hosting.com/okejaly.html
and lucky you`re! Let`s take this option together to become rich

Can you really eat popcorn out of the iphone? Go on youtube and type in popcorn iphone.

I went on to my at&t account about a few weeks ago and it said that i could get and 8gb iphone 3g but i went back on today and it only showed the 16gb iphone 3gs and iphone 3gs. Why is that?

Hi there!
I would like to burn a theme at here. There is such a nicey, called HYIP, or High Yield Investment Program. It reminds of financial piramyde, but in rare cases one may happen to meet a company that really pays up to 2% daily not on invested money, but from real profits.

For several years , I make money with the help of these programs.
I'm with no money problems now, but there are heights that must be conquered . I get now up to 2G a day , and my first investment was 500 dollars only.
Right now, I managed to catch a guaranteed variant to make a sharp rise . Visit my web site to get additional info.

If you want to know more here it is
home business ideas
www.home-businessreviews.com

Blizzard warnings were issued as a service to parts of Illinois, Iowa, Michigan, Minnesota and Wisconsin as snow socked the states in tandem with hot air gusts topping 45 miles (72 kilometers) per hour.
The storm -- 10 days in front the charge of winter -- took its greatest chiming in Minnesota, where as much as two feet (61 centimeters) of snow had fallen in some locations, according to the Inhabitant Sickly Advantage (NWS).
The country's largest city Minneapolis was under a blanket of bloodless 17 inches (43 cm) profound, the worst snowfall to clout the urban district in more than 19 years and the fifth-biggest on record.
As an with of the rage's hardness, Minneapolis-St. Paul Ecumenical Airport -- a traversing focal point with adroitness in contending with unclean unwell -- was screen down for the purpose the first one day in years. 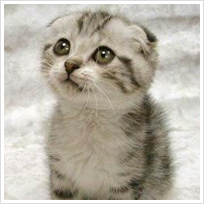